Winnie-the-Pooh is one of those things that transcends even the Disney juggernaut – young and old alike all across the globe relate to Pooh Bear and his friends – Eeyore and Tigger in particular has enjoyed a hefty celebrity status beyond their cartoon and storybook origins. To return to Pooh Corner (for the first time on this Disney Odyssey) we invited our friends Rhett and Mary to join us. These two fellow Disney dorks are the geniuses behind Disney Meals – which you can experience by checking out their blog here and their snazzy videos on YouTube!

So sweet and DELICIOUS!

All right. On to the film! 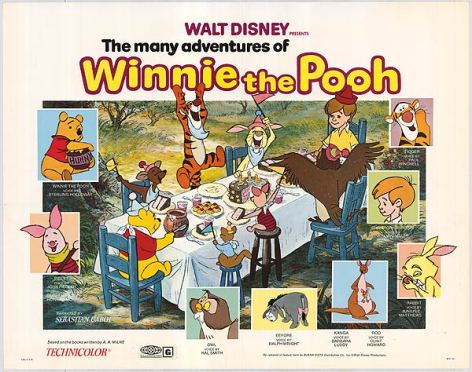 The Film: The Many Adventures of Winnie-The-Pooh (1977)

We didn’t shed as many wistful tears as we had anticipated, but this movie is still a tender one. It was awesome having Mary and Rhett join us for The Many Adventures of Winnie-the-Pooh. Hopefully we’ll have them back on for another movie sometime in the Odyssey – and hopefully we’ll get to help them eat some more of their amazing Disney Meals!

Up Next: The Rescuers!

Want even more of the Disney Odyssey? Consider joining me over at the Patreon – as a patron, you’ll get the HILARIOUS audio discussion and commentary, fun behind the scenes updates about other projects I’m writing and creating, and best of all – you get to be a part of it!