HERE WE ARE. London 1896. The fog permeates every corner of the omnipresent darkness. The cobblestones are slick from an earlier rain. The gaslamps flicker and cast long shadows on every brick building on the street. The greatest detective alive is on the prowl for clues to his latest case… and no – it isn’t Sherlock Holmes. It’s an adorable mouse-based fan fiction of Sherlock Holmes! To dive into one of my favorite Sherlockian tributes of all time, the Fella and I brought our pal JR over to the house to watch and talk shop about mysteries, mustaches, and mice. 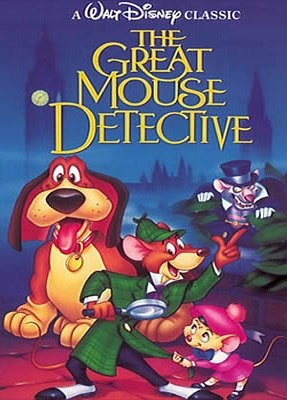 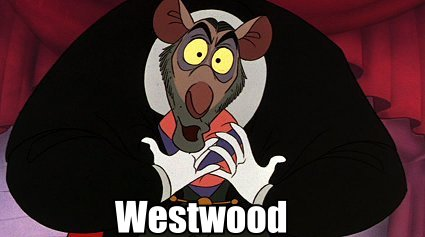 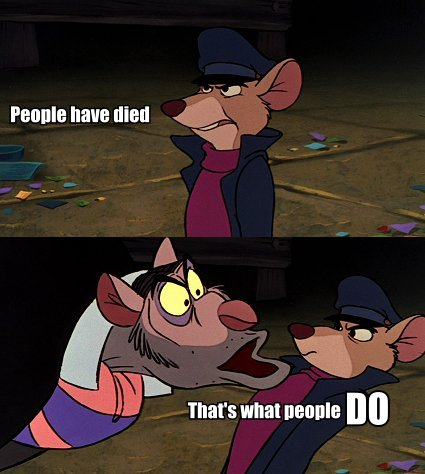 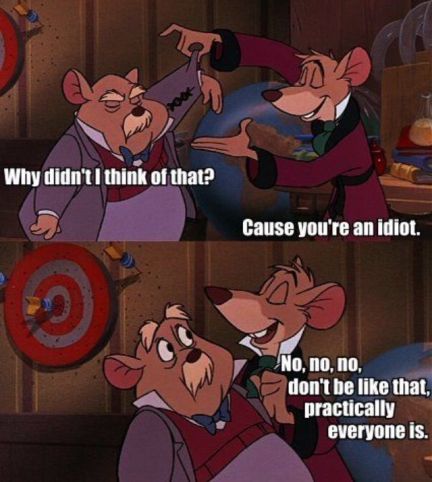 Up Next: More fuzzy animals are comin’ up next with… Oliver and Company!

Want even more of the Disney Odyssey? Consider joining me over at the Patreon – as a patron, you’ll get the HILARIOUS audio discussion and commentary, fun behind the scenes updates about other projects I’m writing and creating, and best of all – you get to be a part of it!